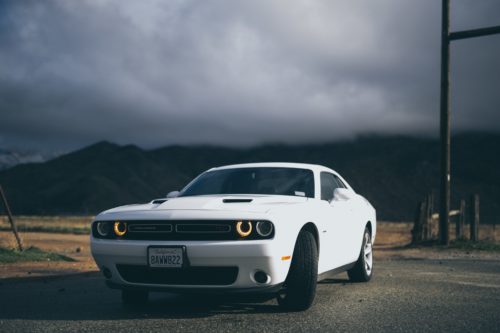 When you’re having mechanical problems with your Dodge Charger, bring it to the experts at Fremont Foreign Auto for service. We are a Diamond Certified repair shop, and we’ll treat your car like it was ours. We use the latest tools and technology to keep your car on the road without breaking your wallet.

Whether you have had your Dodge Charger for years or you’re looking into buying one, it can be helpful to know some of the most common repair issues other owners reported.

Read on for five repair issues you may experience in your Dodge Charger. If you notice any of these symptoms, make an appointment with Fremont Foreign Auto so that we can get you safely back on the road.

Older Dodge Charger models are known for developing a shudder in the transmission while shifting gears after the first 100,000 miles. The problem can be fixed or reduced with a software update for the transmission control module.

Dodge Charger owners reported problems with power windows not working after a few years, which is usually a failing window motor or cable and easy to replace. Drivers also said they had problems with cabin lights staying on, loss of dashboard lights, and other electrical issues. Software updates can fix many of the problems.

Some all-wheel-drive Dodge Chargers have trouble with the loss of power and control caused by faulty driveshaft bolts, which result in the front driveshaft separating from the drivetrain. Dodge put out a recall on the bad bolts. Some SRT models experienced fuel leaks caused by faulty fuel rail hose connections. There was a recall for the part on affected 6.2-liter engines.

After the 90,000-mile mark, many drivers reported difficulty filling up their Dodge Charger’s gas tank, saying the fuel nozzle shuts off before the tank is full. There are various parts in the fueling system that can fail and cause this issue. Bring your car to us, and we will diagnose the issue so we can replace the worn-out part.

A software issue causes some Dodge Chargers from 2014 to 2018 to glitch, preventing the cruise control from disengaging, even when using the manual switch or brake pedal. While a software update for the cruise control module prevents the issue from happening again, a recall was issued.

Your Dodge Charger is an impressive piece of machinery, and you need an expert mechanic to help you keep it running at its best. At Fremont Foreign Auto, we will treat your car like ours and give you the best possible service with transparent and fair pricing.