The Avalon was introduced for the 1995 model year. The Avalon was built on a stretched Camry platform featuring a 3.0-liter V6 engine making 192 hp. With 121 cu ft of space, the Avalon was the most spacious Japanese car marketed in America.

In 1998, the Avalon’s structure was modified to improve safety, and front seat-mounted side airbags were standard. The 1997 models had standard ABS, and power increased to 200 hp. Traction control was optional.

The second-generation Avalon was larger except for the wheelbase. It had a 3.0-liter V6 engine paired with a 4-speed automatic.

This Avalon was available with the basic XL and the classy XLS. Standard features included ABS, side airbags, and 15″ alloy wheels. Options included an upgraded audio system, Stability Control, and a front-row bench seat with six-passenger seating. Dual climate control, 16″ wheels, and power seats were also optional. The second-generation Avalon also had an AC power inverter.

For the 2003 model year, the Avalon had a new grille, modified headlights, different tail lights, and an optional navigation system. A woodgrain-style trimmed steering wheel was added for the XLS. 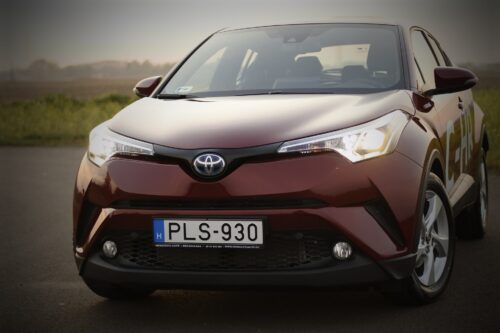 In 2005 the Avalon was redesigned, and Toyota cut product development time.

The Avalon was the first Toyota to use a ULEV-certified 3.5-liter V6 engine with a power output of 280 hp and a 0–60 time of 6.0 seconds. This engine was connected to an automatic 5-speed sequential shift transmission.

The Lexus ES platform was used in the redesigned Avalon. The redesign included a new grille and redesigned lights as were used on the Camry. Tap-touch technology was used for interior controls instead of buttons.

A hybrid powertrain was announced for the new Avalon. The 2013 hybrid gasoline-electric model uses the one on the 2012 Camry Hybrid. The EPA rated the Avalon Hybrid as 40 mpg. A 2.5 L inline-4 engine powers the Avalon Hybrid. Along with the electric motor, there is a total output of 200 bhp. There is a 1.6 kWh nickel-metal hydride NiMH battery.

The fifth-generation Avalon went on sale in the US in May 2018. XLE, XSE, Touring, and Limited are the trim levels offered in the Avalon Hybrid. Optional adaptive suspension is provided in the Touring model.